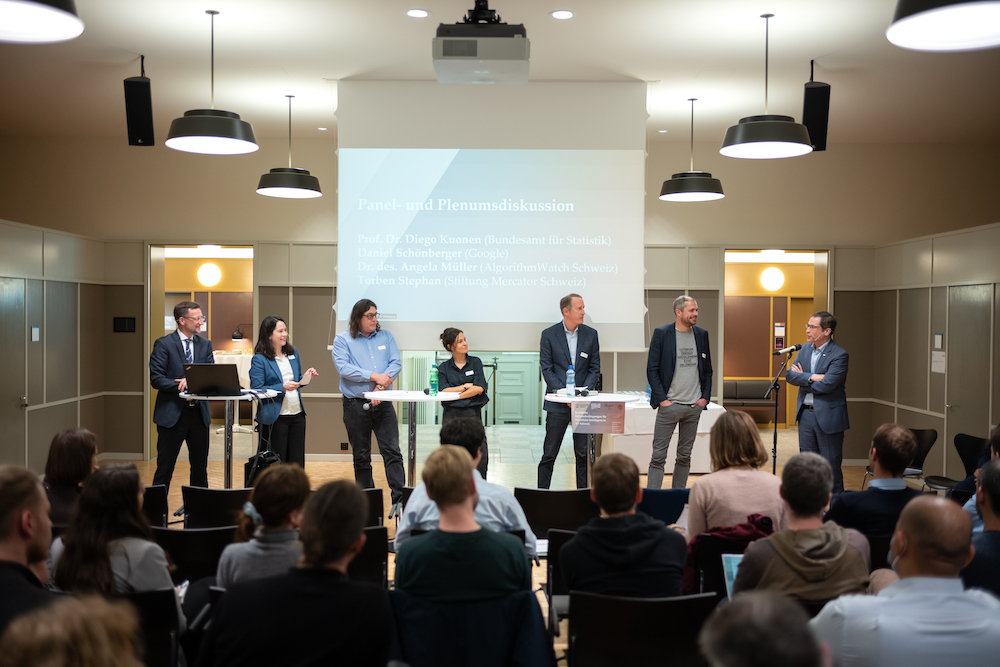 The results of the first DSI Strategy Lab generated great interest: more than 120 people followed the presentation of the position paper “A Legal Framework for Artificial Intelligence” at an event at the Digital Society Initiative of the University of Zurich.

Artificial intelligence (AI) or algorithmic systems are playing an increasingly important role in numerous areas of society. For example, in the selection of job applicants, the decision-making of judges or the compilation of media content. However, algorithmic systems are also associated with challenges and risks that the legal system must address.

These challenges were addressed by DSI's first Strategy Lab at an event held on Wednesday November 10 at the DSI in Zurich. The event was organized and held together with the Center for Information Technology, Society, and Law (ITSL) and the University of Basel. It also launched the Mercator Foundation-funded research project “Comprehensible Algorithms: a Legal Framework for the Use of Artificial Intelligence”, led by Prof. Dr Florent Thouvenin (University of Zurich, ITSL and DSI) and Prof. Dr Nadja Braun Binder (University of Basel). Around 80 people on site and another 50 people online followed the presentations of the speakers from academia, business and civil society.

The debate focused on much-discussed aspects of AI such as lack of transparency and traceability of decisions as well as possible discrimination and manipulation of individuals. While the EU and the Council of Europe have already formulated initial measures to regulate such difficulties, Switzerland is still at the very beginning of this development.

To raise awareness of the need for smart regulation of AI, the interdisciplinary position paper makes concrete recommendations. For example, Switzerland should not create a new “AI law”, but rather address the challenges of AI by adapting and selectively supplementing existing law. Among other things, it calls for regulations on transparency when interacting with autonomous systems and a general anti-discrimination law. In addition, a ban or moratorium on particularly sensitive AI applications such as automated facial recognition for mass surveillance should be considered. An interdisciplinary commission of experts should work out these and other proposals in detail. The position paper was prepared by various researchers from Switzerland with the support of the DSI Strategy Lab.

At the University of Zurich, numerous research projects are underway around the societal challenges of AI. Among other things, a legal framework for the use of AI in Switzerland is being developed as part of the project of the ITSL and the University of Basel, which is funded by the Mercator Switzerland Foundation. This framework will consist of generally applicable legal standards and selected sector-specific regulations for public administration and the media sector.