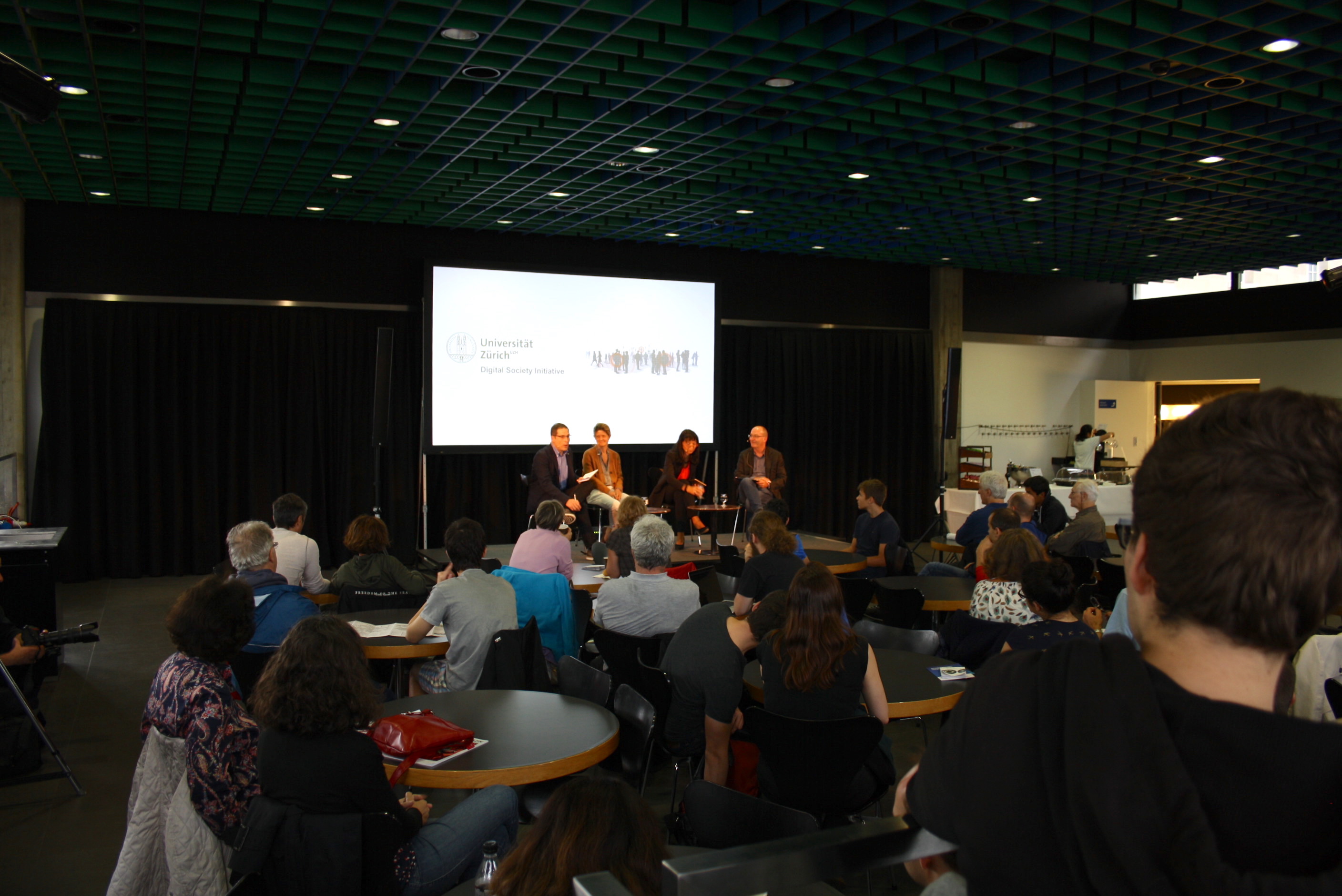 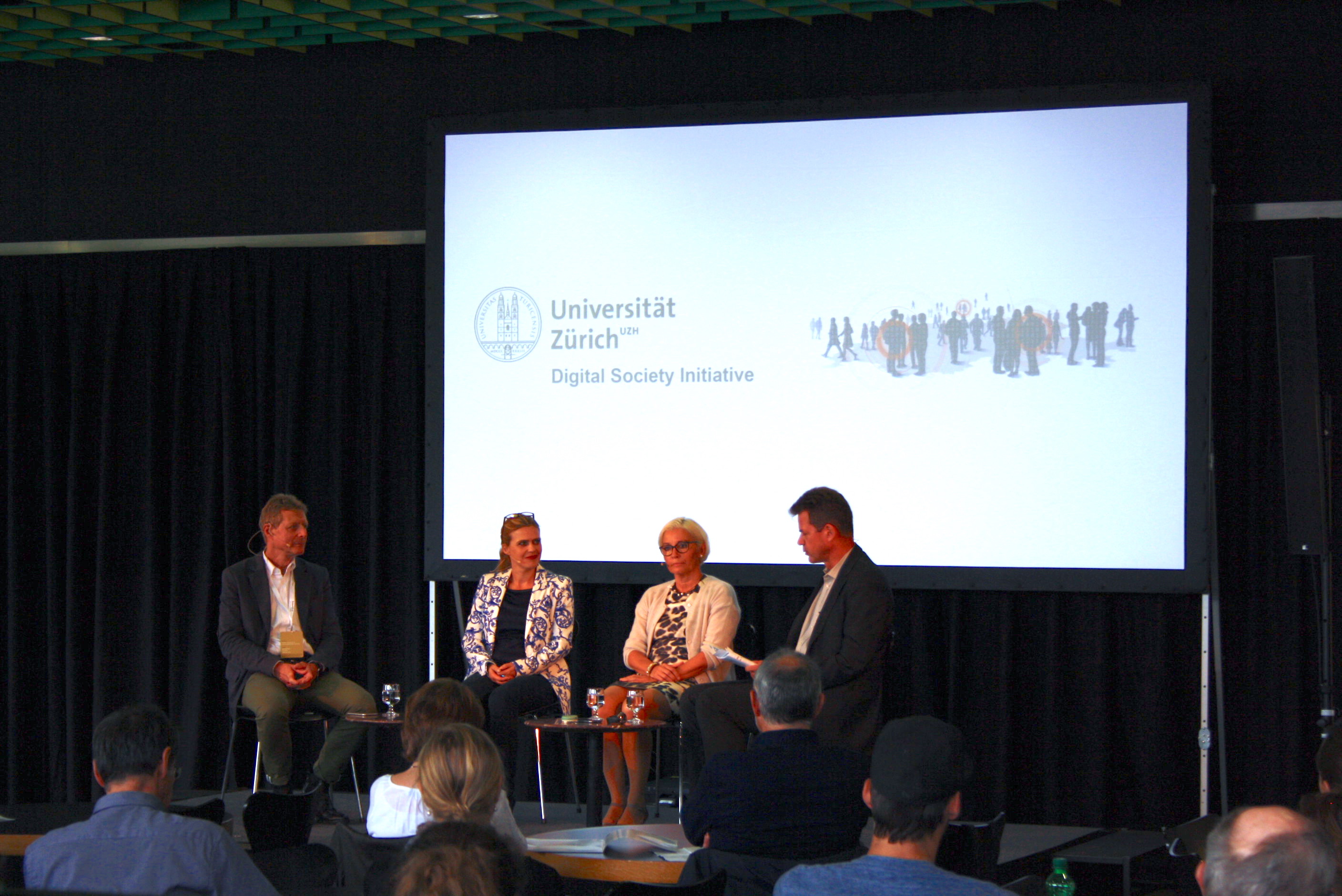 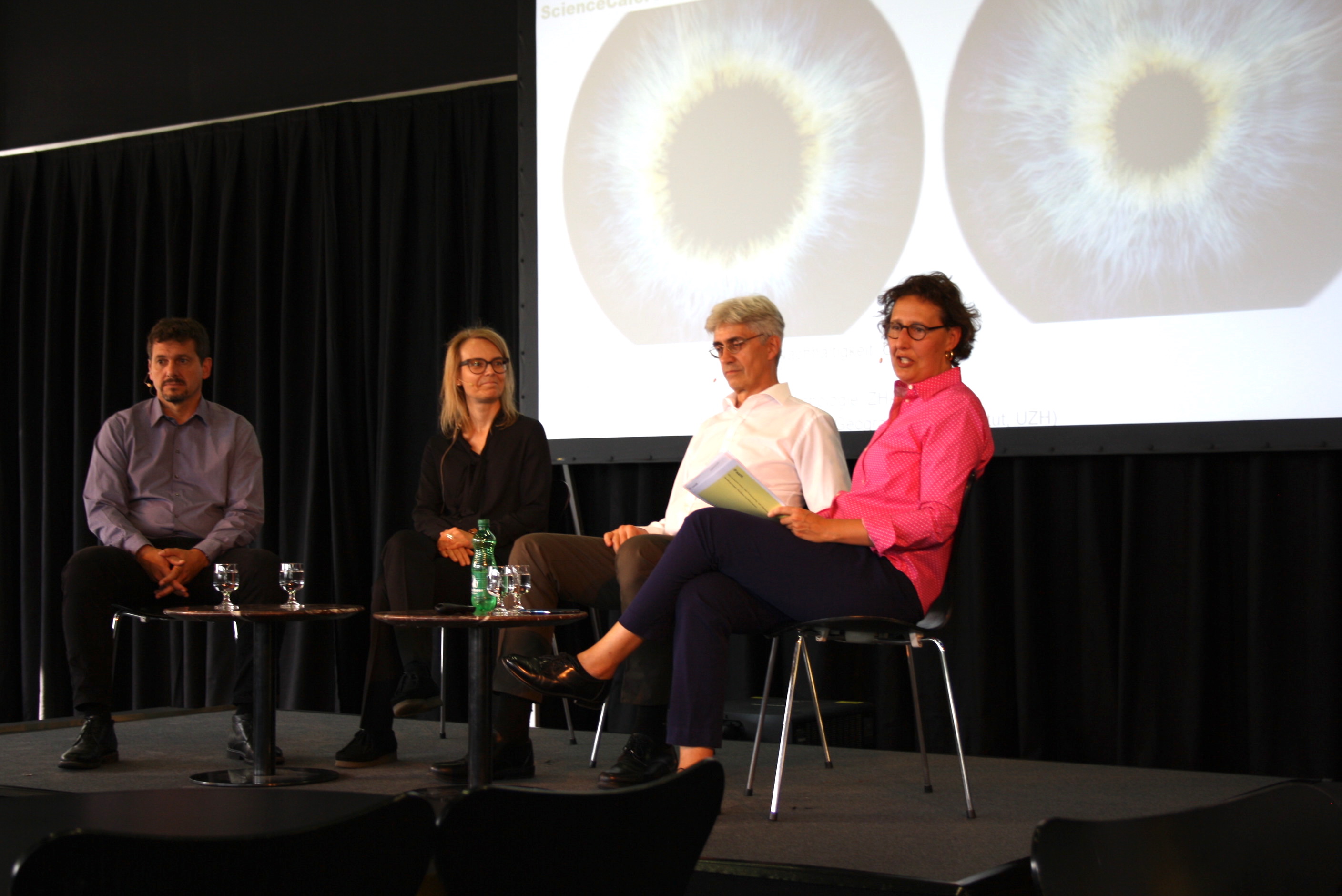 The Zurich science show "Scientifica" attracted around 30,000 people from the 1st to the 3rd September, 2017. Some of them visited one of the four Science Cafés of the DSI, which took place on Saturday afternoon in the "Obere Mensa". In the Science Cafés, experts discussed burning questions of digitalisation with the public.

The first Science Café on the subject of "Are robots taking away our work?", led by DSI Director Abraham Bernstein, Uschi Backes-Gellner (Department of Business Administration, UZH), Gudela Grote (Chair of Work and Organizational Psychology, ETHZ) and Patrick Burkhalter (Chairman of the Board of Directors ergon) discussed the changes in work that are becoming apparent. There was broad consensus that mainly job profiles will be changing.

The second Science Café, which was attended by over 70 people, was devoted to the topic of health. Christiane Brockes (University Hospital Zurich, Clinical Telemedicine / E-Health), Ernst Hafen (Institute of Molecular Systems Biology, ETHZ) and Ursula Meidert (Health, ZHAW) discussed with the moderator and DSI Director Mike Martin on the topic "Healthier thanks to pedometers and smartphones?" Feedback from the audience mainly showed that especially health-professionals would like to know more about the possibilities of these new technologies for health promotion.

The sun was then probably the reason why only about 30 people attended the third Science Café on the subject of "More data - less consumption?" Lorenz Hilty (Delegate for Sustainability, UZH), Benedikt Löpfe (ewz) and Ester Reijnen (Applied Psychology, ZHAW) discussed the ecological effects of the digital revolution under the moderation of DSI-Director Sara Fabrikant. Among other things, the audience criticized the short lifespan of many digital devices.

In addition to the Science Cafés, the DSI was also present with the "Zurich interactive" project. This student project gave answers to a wide range of questions such as: When does Zurich need the most electricity? What do we "Zürcher" lose in the tram and how often do we pay contactlessly? Scientifica visitors had the opportunity to explore the interactive app at the booth, revealing current data about Zurich. In a short quiz, visitors were also able to test how well they know Zurich.